Posted by Bennie Groenewald on 29 January 2018. 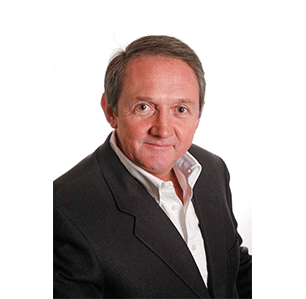 Many South Africans today, make a living of working offshore, for various reasons that I will not elaborate on in this article. People more and more work in countries where they don’t have to pay income tax on their hard-earning income, the reason being not that they want to avoid paying tax but that their skills are in high demand. If they happen to also qualify for exemption in South Africa, it turns out that they effectively pay no tax on their foreign earnings. But this will change on 1 March 2020, when amendments to the tax laws come into effect.
The current tax rules are that South African “residents” working abroad for more than 183 days during any 12-month period, which includes a continuous period exceeding 60 full days during that 12-month period, are currently not taxed in South Africa on their foreign employment income. This is because Section 10(1)(o)(ii) of the Income Tax Act 58 of 1962 provides a specific exemption for such income.
The Revenue authority is however of the view that the current exemption creates opportunities for double non-taxation in cases where the foreign host country either doesn’t impose income tax on employment income or taxes such income at a significantly lower rate. South African pilots who take up employment abroad often have no foreign tax liability on their foreign earnings. Even though they qualify as South African tax residents who are taxable on a worldwide basis, they also qualify for the exemption in SA. So effectively, they receive that income tax free. There are also many other examples of qualified technician and artisans who grind their time on construction sites or pipelines somewhere in the Middle East.
So, although foreign will become taxable from 1 March 2020, relief will be offered in respect of any earnings up to R1million of foreign remuneration. That means that any earnings of more than R1million, will be taxed in SA even though the person resides outside the country for more than 183 days and for a continuous period of longer than 60 days during a 12-month period.
However, if tax has been paid on these earnings in the foreign host country, they’ll be able to claim the foreign tax as a credit in SA, limited to the amount of local tax payable on the foreign earnings.
But let’s put that in perspective.
Charles M Allan wrote1 that taxes are not raised to finance government spending, even though in some countries this may be the motive, (my emphasis) but rather for a government to deliver the social goods and reduce the reliance on private sector investment.
Tax is defined as a “compulsory contribution to the state’s funds. It is levied either directly on the taxpayer by means of income tax, capital gains tax…”2
Black’s Law Dictionary defines the term as “A monetary charge imposed by the government on persons, entities, transactions or property to yield public revenue.”3
Over the years’ tax policies and the imposition of taxes have been developed primarily to raise essential revenue in order to address domestic economic and social concerns.   However, tax systems continue to try and keep abreast with globalisation and international trade. Today one of the biggest challenges is for tax authorities to protect their tax base and guard against the loss of taxes to other countries.
The justification for a country to impose tax, that is to say, the link or connection is either that:
The jurisdiction to tax according to International Commercial Tax is based on the doctrine of ‘economic allegiance’ that is, “…a particular government has no justification, no jurisdiction to tax unless there is an appropriate connecting factor, i.e. a recognised basis of economic allegiance.”4
A Oguttu stated in her book, “…before a country can level tax on income derived nationally or internationally, a connection (basis), or “tax nexus” must be established between the country and that income.”5 According to the author, this required connection is established by either a physical or legal presence in a country.
So, my argument is, that there is no fair justification to impose tax on expats’ earnings offshore. In the absence of using any of the SA infrastructure, services or facilities by a South African living and working in another country, on what basis or based on what connection do the SA tax authorities justify to tax those South Africans trying to make a living offshore, often far from their family and loved-ones?
What duty is there on these expats “to share in the costs of running the South African country by paying tax”, if they don’t live and work here?
[1] Charles M. Allan, Theory of Taxation, published by Penguin, 1971 as quoted by RC Williams, Income Tax in South Africa, Cases & Materials, Fourth Edition, @5 a reference work of tax principles and case law.
[2] Oxford, A Dictionary of law A Dictionary of Law (8 ed.), Edited by Jonathan Law, Publisher: Oxford University Press Published online: 2015 Current Online Version: 2016 eISBN: 9780191744402.
[3] Black’s Law Dictionary, Eighth Edition, BA Garner as Editor in Chief, published by West, a Thomson business.
[4] International Commercial Tax by P Harris and JDB Oliver, 2010, published by Cambridge University Press, at 43.
[5] AW Oguttu, International Tax Law: Offshore Tax Avoidance in South Africa, 2015 at 67.